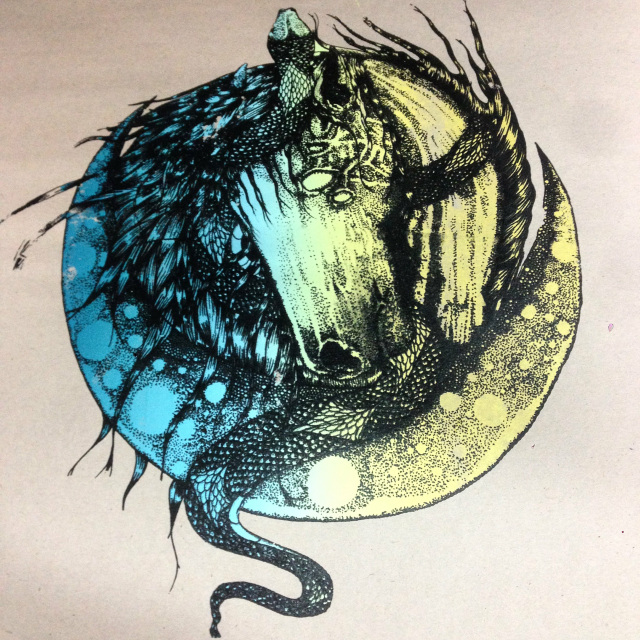 This four color screen print is based on an illustration that I did in 2018, to memorialize the wild horses who were some of my best friends. When I was a child, I grew up on a ranch on the Central Coast of California. Every year at the rodeo in my home town, was held a wild horse race. The organizers would bring in wild horses from Nevada, and teams of eight men would saddle and ride them. These animals had never been around people, let alone a grandstand full of over a thousand. It was a sight I had a very hard time digesting as a young child. In a second act of cruelty, after the rodeo, the horses were taken to an auction, where most of them were sold to slaughter. My grandfather, purchased a few of them, for a hundred dollars or so, and would take them back to the ranch, where they could live out their days, on a mountain, without a saddle, or a crowd jeering at them. One of these horses, Gabby, was a kind and gentle mare, she was pregnant when the rodeo happened, and gave birth to daughter named Buggy. No one ever asked anything of these horses. And this act of kindness made such a huge impact on me. Thank you for that Poppa Don.